What a huge week!!! My baby girl, the last of my three children and only daughter, has finally graduated.

The last couple of days formalities for her final week of school were quite overwhelming for her as she and her close friends said goodbye to their teachers and senior cohort.

On Thursday evening, I attended a pre-graduation event at the school where we enjoyed finger food prepared by the students, whilst listening to the student band play some familiar tunes. We then made our way to the hall for the official ceremony, where I took a seat with the other parents of the Year 12 Graduates. The hall fell silent as the students were instructed to make their entrance.

They began to filter into the hall, each holding a single carnation and dispersed to find their parents to present the flower to them. My Brydee approached me with a cheeky smile and then bent down on one knee and presented the flower to me. We giggled and then hugged as I whispered in her ear that her father and I were so proud of her and we loved her so much!!

As a parent, I was overcome with emotion as my eyes held back the overflow of salty liquid that was teetering on the edge of my lids. I held my gaze up to the ceiling to stop the flood and then woo hoo'd when she was called to collect her Graduation Certificate.

Holding my iPhone up in the air, above the heads of the parents seated in front of me, I began to record her acceptance of certification... or so I thought. To my horror, when she left the stage and I proceeded to stop the recording, the phone began to record... I had failed to press record during that moment of emotional pride (Oh and I hadn't brought my glasses with me...) so I missed the crucial stage of the evenings events.

I did manage to get some footage the next day as they repeated the ceremony before their final march out of the school. The parents lined up opposite each other as the students passed under our outstretched and arched arms. The tears were flowing and the cuddles were intense as we congratulated our babies.

This morning I have just watched my gorgeous girl take off with some friends for a week of fun and festivities in the Whitsundays as they embark on Schoolies. They have been well versed in what not to do again and again! I am sure they will have a wonderful time as they are a great bunch of kids!

I have watched with pride as my baby girl has blossomed into a beautiful young woman and as all parents, I wish her the world of success and happiness moving into her new and exciting future. 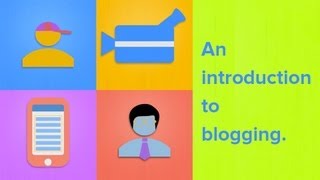